A few years ago I was part of a circle of women studying femininity and sisterhood in life and business.

One of the women, however, consistently had fallings out with many of the other sisters. This resulted in some (what I considered) explosive behavior at in-person retreats and lots of long and unattractive (to me) messages posted via text, social media, and elsewhere.

As a result, several of the sisters put up boundaries against this woman, specifically via social media where they either unfriended her or blocked her.

In other words, it was low-vibe behavior for what we were trying to create.

She said that she disagreed with the idea that blocking people on Facebook was throwing away everything we had learned through the circle. She shared that the reason she had blocked this woman was for her own healing, which was around setting boundaries against people who showed aggressiveness, anger, and hostility. As a child, she had experienced more than enough of this in her household, and she had learned to set better boundaries as a result.

This was a lesson that was reinforced through our sisterhood circle, and why should we support one sister’s healing over another’s?

With this explanation, she claimed that her actions were actually NOT low-vibe—and I agree with her.

Do Energetic Vibrations Have Modifiers?

These two women had different approaches to dealing with the same situation. They were out of alignment with each other, but their actions were in alignment with their individual selves. Neither was low vibe. They were just vibing toward different things due to a difference in core values.

When you encounter terms like the “law of attraction” or “manifestation,” you sometimes hear people talking about low vibe versus high vibe. This is a fundamental misunderstanding of the law of attraction in the first place.

Let’s go deeper with this. What do the words high and low even mean?

According to the Law of Polarity, they are two poles at opposite ends of the same spectrum. In other words, they are the same thing, because the spectrum is one. The separation created is just the ego intervening again.

Neither of these traits is divine energy, which means the belief in low/high vibe is something to be healed on the ascension journey.

This Vibe, That Vibe

What is the more appropriate vocabulary then to talk about what resonates with your core values versus what doesn’t?

I prefer to use the term “this vibe” or “that vibe,” which takes the comparison and attempts at hierarchy out of the equation.

You can then ask yourself, do I resonate with this, that, or the other thing? All are valid options, but you are attempting to align more and more to your own core values, which were co-created by you and your higher power.

In doing so, you don’t attempt to place yourself above anyone else just because what they are doing or saying doesn’t resonate. You have greater appreciation for someone’s desires, based on their own core values. This creates greater abundance for you, because how can you manifest your exact core desires and at the same time wish that others do not get theirs?

How Do I Reconcile This With Heinous Crimes?

But what about murder, rape, abuse—surely that is all definitively low vibe?

To answer this question, we have to look at the concept of subjective reality.

Subjective reality is choosing to view the world only through your own consciousness. If you want something, you are able to receive it. If you fail to notice something, it doesn’t exist. If you see something and it triggers you, it was put there for a reason, usually for your own healing.

Subjective reality is the belief that you can create your own reality. You can attract people and resources into your reality by simply putting out the emotions and thoughts behind an intention.

You can also completely vibrate people and resources out of your reality simply by loosening your alignment to them.

(This is a very brief explanation of subjective reality, so I highly recommend reading Steve Pavlina’s blog on the topic. He has several posts about this alone, and I’m not doing them justice!)

What Causes Do You Gravitate Toward?

In reality, that’s probably not true. I actually have no idea if these things pop up in my life or not. In my subjective reality, they do not come to my attention at all, so they don’t exist.

The reason for this is very simple. I’m not aligned or vibrating toward seeing, noticing, or helping starving children in third-world countries.

This, of course, sounds horrendous of me. “Why are you not noticing starving children?” you may ask. “What kind of monster are you?”

This is where I believe understanding your true soul design is incredibly important. God did not create us to solve every problem we technically know exists. That would be impossible and incompatible with the 3D world we live in, which includes illusions like time, decay, limited resources, and more.

Instead, God created us to solve problems that come into our awareness regularly and consistently. First, he planted the desire to help heal this particular separation for the world in our hearts. Next, he may help us cocreate wounds from a very young age to help us understand the problem and separation that exists. Finally, he will continue to send us information, messages, synchronicities, and reminders about the problem to keep us persistent in our desire to heal and take action on this particular cause.

He does all of this in co-creation with us and for our higher good.

For me, the thread of my soul design always comes back to healing the patriarchy. Although I’m a brown woman, I rarely get riled up or triggered by injustice toward race. I’ve been discriminated against hundreds if not thousands of times in my life, but those things don’t persist in my mind. I’ve also made mistakes addressing issues around race to others (and for that matter, addressing issues around LGBTQIA to others) and have had to humble myself to their teachings while asking for forgiveness and learning from my ignorance. Those embarrassments don’t persist in my mind either. Why not?

Again, it’s very simple. I’m not closely aligned or vibrating toward these major problems in our world. I’m more aware of them than starving children, because they carry similar threads of societal oppression and injustice to my real passion. And while I consider myself an advocate and supporter for these causes, I don’t consider it my job to lead the charge in the same way I do for my main cause.

When it comes to being a woman, however, I am keenly aware of the injustice I experience. It’s at the front of my mind regularly. It is what I post about regularly on Facebook. I study it. At times, I get enraged about it. I’m a feminist and woman’s advocate, through and through. And you will notice that as you continue to read this book!

In my subjective reality, gender injustice, misogyny, and the crumbling of the patriarchy are huge topics.

In other people’s subjective realities, these topics are non-existent.

Understanding Vibration on a Spiritual Level

Of course, on a 3D level I wish everyone was an advocate for gender equality! My work in this area would be done!

But on a spiritual level I understand that I am attracted to this cause because I was designed to be part of the solution. Others are attracted to other causes because they were designed to be part of the solution. We would all like our cause to be “fully funded,” or have all the resources needed to solve the problem, but God doesn’t give us that. Why? Because that takes away our opportunity to grow and heal through our efforts.

To continue even deeper into this thread of subjective reality, the way in which I am part of the solution for women’s rights is yet still very specific. I don’t go to marches. I don’t run for office. I don’t consistently share the latest news about the topic.

Instead, I write and create and write some more. I’ve matched my natural gifts and skills to my passion, life purpose, and soul design. This is again an illustration of subjective reality in practice!

So back to the original question: what about murder, rape, abuse—surely that is all definitively low vibe?

The answer is no, it’s not low vibe—it’s still just a vibe. I personally happen to be very passionate about two of these topics, rape and abuse, especially against women and children. I also agree with most people that murder is “bad” or something I don’t want to attract into my life or toward my family and friends.

At the same time, there are plenty of people, especially males, who rarely think about, see, or experience rape and abuse. For them, they know it happens, but they deeply underestimate how many women and children experience it, what the short and long-term effects are, and how they could help these women and children if they put effort toward it.

This doesn’t make them low-vibe, and for the most part men are not rapists and abusers. It’s just not in their vibration or alignment, thus it’s not in their subjective reality.

For myself—and you can choose to believe in whatever reality you want, even if it differs from mine—but for myself, I believe that the things that come into my awareness are put there to help me uncover subconscious wounds and heal them. I believe that by healing myself, I help heal the collective separation that exists within these wounds.

I also believe that I can vibrate anything I don’t like out of my reality quickly and safely. I have seen that when I divest my energy (loosen my alignment) from things and people, they easily fall away.

Thus, I can make my subjective reality peaceful, productive, and pleasurable, even when reality itself seems chaotic.

This is how I personally think about the law of attraction and manifestation, and why I believe I have great results with it.

I apply these same concepts to many other topics that we talk about on the twin soul journey. This same way of thinking can be applied to discussions about the 5D and 3D, the divine feminine and masculine, and more. 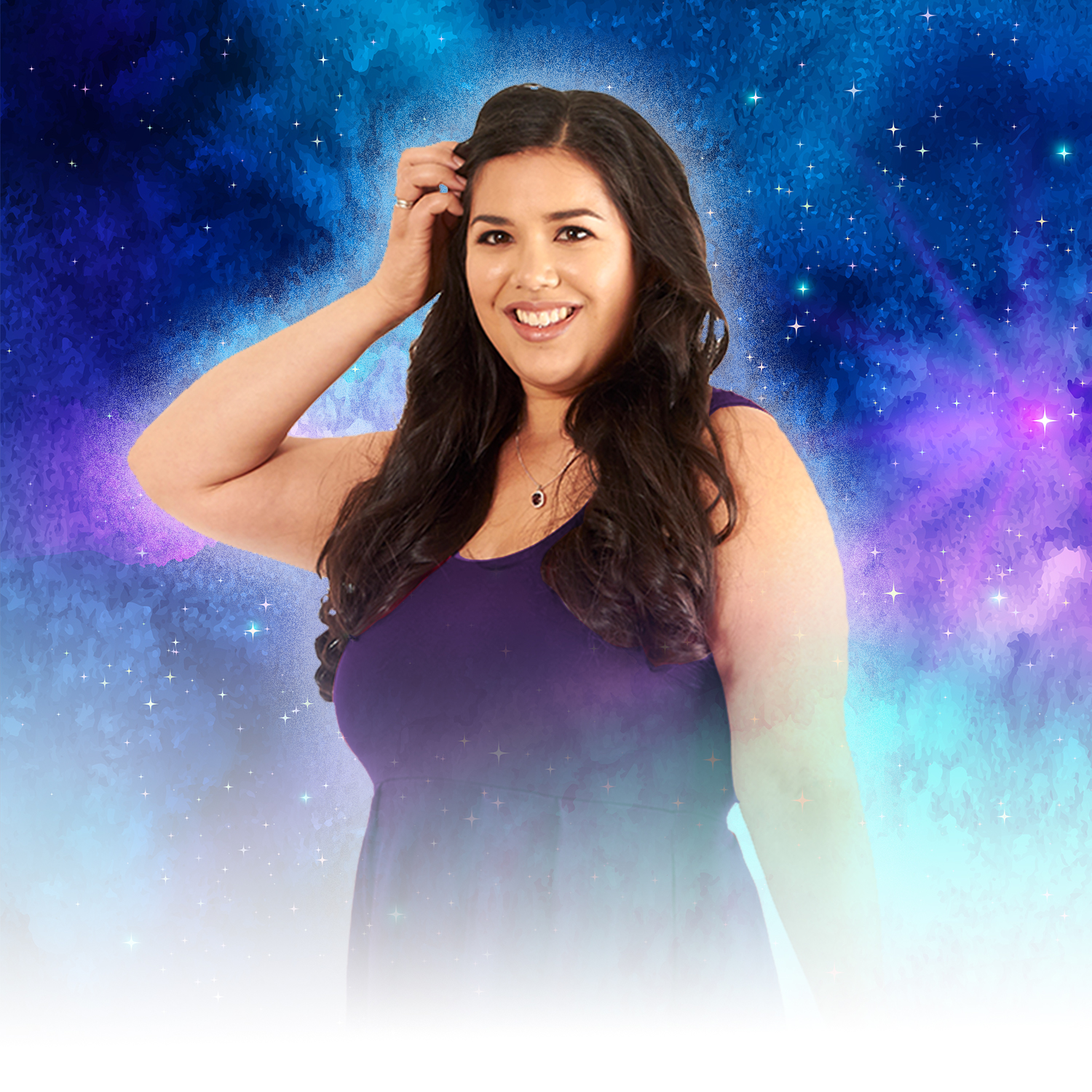 Monica writes about tarot, card reading, and other spiritual topics like manifestation, twin souls, and astrology.