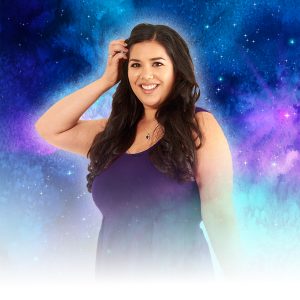 Monica Leonelle has always been fascinated by card reading, the same way she’s fascinated by stories. Card reading is a way to tell stories by taking each page of a book and laying it out in a new order every time.

She wrote her first story involving tarot cards in 2014, called The Crown Reading. She acquired her first oracle decks in 2016, the same year she began seriously studying tarot. She now reads cards for fun, pleasure, and insights from the universe and God.

Tarot and oracle card reading was one of the gateways into Monica’s spiritual awakening. She shares her readings, spreads, tips, and resources to help spread intuition, magic, and fun to the world. Whether you believe in God, the Universe, source, or none of it at all, you will find some interesting information and insights about card reading and spirituality at Card Reading Queen.

In addition to being the Card Reading Queen, Monica Leonelle is a USA Today bestselling author best known for her young adult urban fantasy and paranormal romance series, Waters Dark and Deep. She also teaches writing, publishing, business, and marketing at TheWorldNeedsYourBook.com. Her most recent nonfiction series, Growth Hacking for Storytellers, has helped thousands of writers write faster, become better storytellers, and find their way to success. She founded The World Needs Your Book event series to bring this training to the world.

Before becoming an independent author, Monica led digital marketing efforts at Inc. 100 companies like Hansen’s Natural and Braintree. She’s been an avid blogger of marketing and business trends since 2007. Her ideas have been featured in AdAge, The Huffington Post, Forbes, Inc., the AMEX OpenForum, GigaOm, Mashable, Social Media Today, and the Christian Science Monitor.

Monica lives in a very, very old, 3-story home in St. Louis, MO with her husband and adorable westie, Mia. It possibly has ghosts. And definitely has a secret passage!

The Crown Reading is Published! 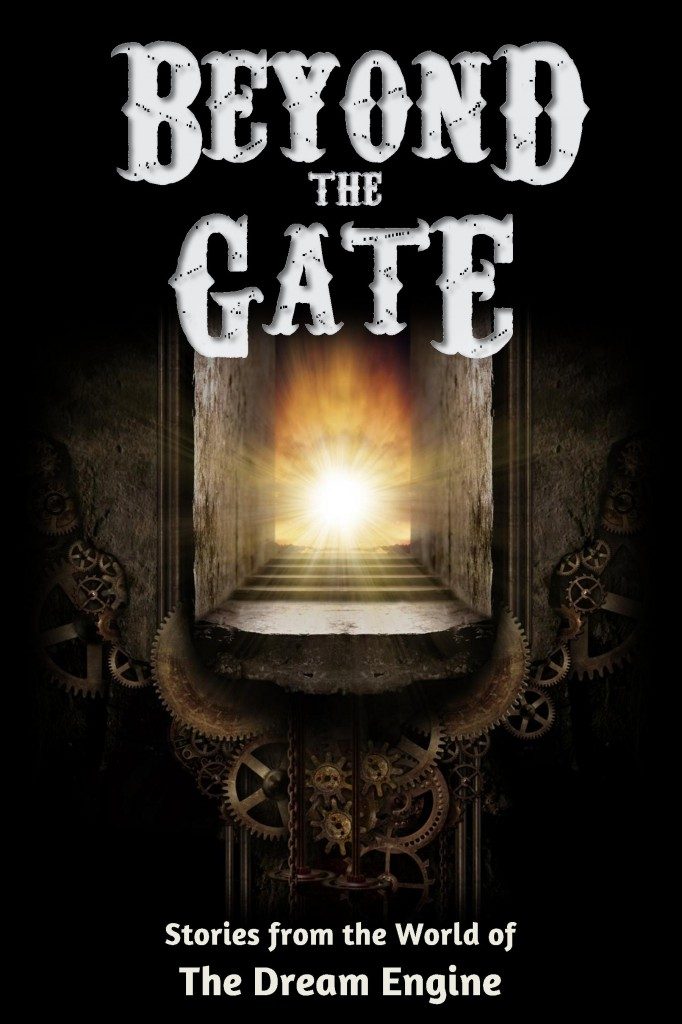 My first short story with tarot at the center of it is published, on 11/11 no less! The research I did for this book was the seed that sparked my long-term interest in tarot and card reading. (It’s also a wicked awesome story, one of my favorites that I’ve written!)

Mastering Manifestation and the Law of Attraction

I started working steadily on money mindset, manifestation, and the law of attraction, thanks to an introduction from Steve Pavlina’s blog. I spent a lot of time manifesting quarters on the sidewalk before moving into bigger paychecks in my digital business. Little did I know that money is actually the least interesting thing to manifest!

Introduction to A Course in Miracles

I wanted to believe in miracles, I really did. So I purchased A Course In Miracles, which awakened me to a new spiritual thought system that built on a lot of what I had learned through previous religious teachings and being raised Catholic.

“Nothing real can be threatened. Nothing unreal exists. Herein lies the peace of God.” 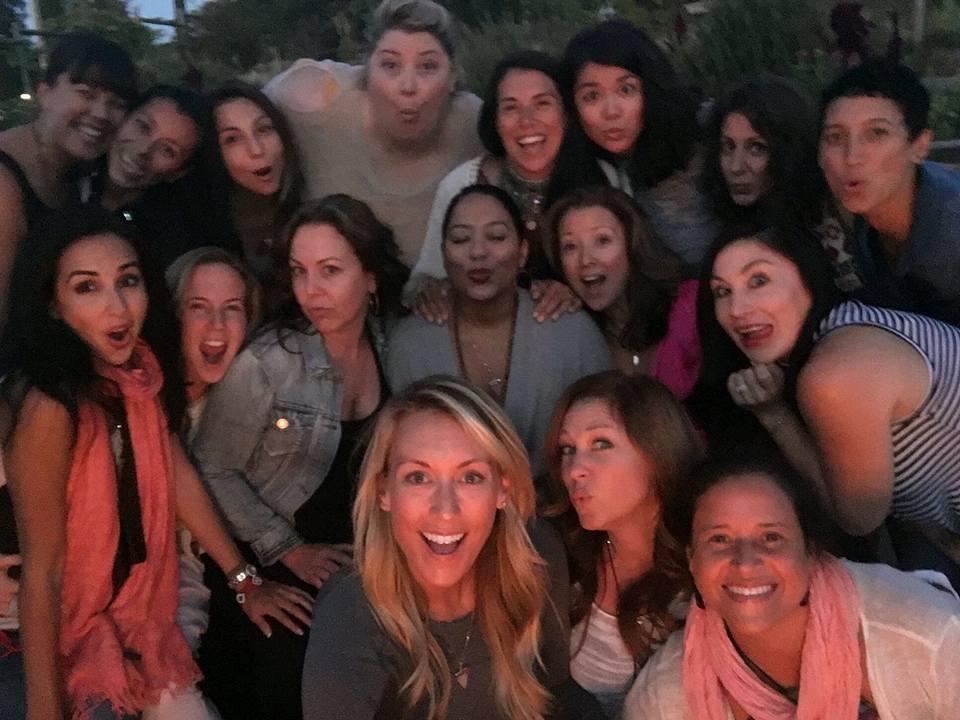 I joined Nisha Moodley’s freedom mastermind and joined 17 other women at a beautiful retreat center in Costa Rica. This is where I first encountered and used oracle cards. I also met many women with spiritual businesses who have helped me on my spiritual journey.

The day I got home from Costa Rica I ordered four Oracle decks. A little over a week later, I ordered three tarot decks and two tarot books. I was completely hooked!

Over the summer, I did multiple readings a day and pored over my various books and decks so I could learn how to read tarot. It felt challenging at first and I couldn’t get off book for months, but slowly I began to understand and memorize the meanings of each card. I fell in love with the symbolism, astrology, and numerology behind each card in the tarot as well.

In early February I re-launched a fiction series I had started writing in 2008. This series about archangels and archdemons had been brewing for years, yet it never occurred to me how heavily based in Christian mythology the series was.

A friend with a spiritually-based business read the book and told me, “a lot of what you wrote is the truth.” I had no idea, so I dived deeper into spiritual studies from a variety of sources. I quickly learned that I had written in spiritual concepts like dimensions, twin souls (twin flames), and more—without realizing it!

Shortly after my 33rd birthday I began to feel a tug. After spending most of my childhood through teenage years being a devout Catholic, and much of my twenties rejecting Catholicism, I felt pulled to re-develop my relationship with God. I began to see that the Universe and God were one and the same, but God was simply a loaded word for many people who had also turned away from a specific religion.

After an entire summer of being confused about the signs I was experiencing, the dreams I was remembering, the numbers I was seeing, I opted to do an energy healing with a good friend of mine.

We cleared a huge core block I had around abandonment and I realized, “I want more of this!” This got me into the work around healing wounds, and I began to put much of what I learned in A Course in Miracles into practice to heal myself.

Shortly after I moved this major block around abandonment, I started meditating on my own (unguided) daily, usually for 15-20 minutes at a time. During (or maybe shortly after?) one of these meditation sessions, I had a claircognizant experience that really freaked me out! A soul from the other side wanted me to deliver a (long and complicated) message to someone.

I spoke to a friend about this who told me I was essentially trying to do grade 9 homework when I was only in grade 2 or 3. She talked me through some ways to protect myself, and I decided to completely shut down this gift.

I really questioned if my experience was real! I still do, though not nearly as much as when it happened. It took me about 8 months to find a word to explain the instant knowing that I experienced. I now know the word—claircognizance—and at the time of writing, I’m still in the process of understanding exactly what it is and how to wield it.

A Message From a Loved One

I was at Sarah Jenks’ HOME Retreat, in circle with about 35 other women. At one point during ritual, I received a message from my husband’s recently passed grandma. It was simple, short, sweet—she always liked us and was “rooting for us.”

The next morning one of the women at the retreat told me she had seen my grandma during the ritual the evening before. I said, “No, it wasn’t my grandma—it was my husband’s!”

I realized then that claircognizance could be a gift, rather than a curse.

In February, I had the opportunity to go to Italy and spend my 34th birthday at the Vatican. I had attended several Catholic masses through January, and I could feel God pulling me to integration of all the new stuff I was learning about him and how it built off of my Catholic upbringing.

A Visit From Twin Souls

Exactly 8 months after my first experience with claircognizance, I received another visit from two twin souls who had died on earth about a year apart. This time, I was sitting in my breakfast nook, eating and browsing my phone when I was hit with it. They gave me answers to some of the questions I’d been pondering from the first experience and left me with some new questions. However, they also shared their love with me and for me—the most indescribable, healing love. It was love far beyond anything I’ve felt on earth, even from my parents.

After this experience I decided to start this website. I had purchased the domain several months earlier, but had pushed it off due to time constraints. However, once I met these twin souls I knew I had to share the things I was learning with the world.

Who knows where this journey will go from here—either way, I’ll be sharing what I’m learning about card reading and other spiritual teachings along the way!